Skip to main content
Got a spare 5 minutes to help us improve our website?
I'll do itNo thanks
3 min.

Assefa Negash, a farmer and secretary of the Bekume Oyora Seeds Growers’ Cooperative, has long faced difficulties in getting high-quality malt barley seeds. He cultivates the crop jointly with members of his cooperative group on a 3.3-hectare piece of land in the Goba District of the Bale zone, Ethiopia’s Oromia Region.

‘In the past, to grow our malt barley crop, we would conserve seeds from our yields or even buy them from someone in the neighbourhood,’ Assefa says, ‘The resulting yield from these kinds of seed sources were always unsatisfactory. But now with the ‘HB-1964’ variety of seed and training by the Africa RISING project, we are getting better yields that we could only dream of in the past years and are equally well trained in producing quality seed for the subsequent cropping seasons! For example, this year, we are expecting to produce 15 tons of basic seeds.’

Through the Africa RISING project, the International Center for Agricultural Research in the Dry Areas (ICARDA) and the Ethiopian Institute for Agricultural Research (EIAR) have been working to introduce improved malt barley varieties that can serve as sources of raw material to support Ethiopia’s growing market for malt, especially the beer brewing industry. Since 2017, six high-yielding and pest-resistant varieties of malt barley (Bahati, Bekoji-1, HB1964, Holker, IBON-174 and Sabini) have been introduced and evaluated jointly with farmers in the highlands of Amhara, Tigray, SNNP and Oromia regions of Ethiopia. These varieties have demonstrated significant potential in helping meet growing domestic demand and substantially diversifying the sources of income for farmers. The total number of beneficiaries and malt barley producers in Africa RISING operational areas from 2017 to 2020 has reached 5,362 households.

This film profiles how the collaborative efforts of Africa RISING and its partners are reinvigorating the hitherto failing malt barley production sector in the Ethiopian highlands. Ethiopia is the second-largest barley producer in Africa, contributing nearly 25% of the total crop production in the continent. In Ethiopia, the crop is the fifth most important crop in terms of area coverage after teff, maize, wheat and sorghum. Barley grain is used for human food and malt production and the straw is used for livestock feed and house construction in rural areas. Although the country has a considerable number of breweries, local malt barley had fallen far below the quantity and quality required by the factories. 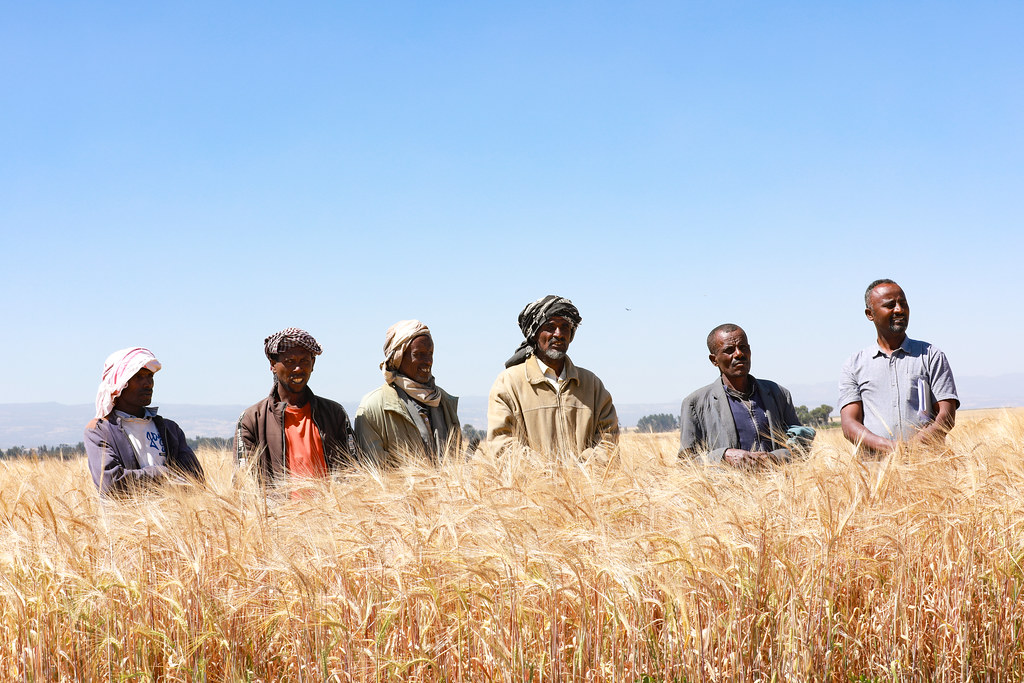 The Bale zone in the Oromia Region is one of the Africa RISING project’s operational areas, where wheat and barley production are dominant due to its favourable weather, fertile soil, and adequate rainfall. Smallholder farmers in the area have organized themselves as seed multiplication cooperatives and begun to produce malt barley in a cluster farming approach. However, timely access to quality seeds at the right place and at an affordable price remains a challenge for the farmers in the area.

Africa RISING and its partners are collaborating with farmers in cooperative unions and primary cooperatives to build their capacity to produce and distribute improved barley seeds. The project team is also working to improve linkages between the cooperatives and the private brewery companies in the country to improve farmers’ market access.

END_OF_DOCUMENT_TOKEN_TO_BE_REPLACED

The Feed the Future Kenya Accelerated Value Chain Development program seeks to widely apply technologies and innovations for selected value chains in order to competitively and sustainably increase productivity, contributing to inclusive agricultural growth, nutrition and food security in the...

The Kenya Crops and Dairy Market Systems Development Activity (KCDMSD) is a five-year (Oct 2017–Sept 2022) program of the United States Agency for International Development (USAID). It is funded as part of Feed the Future, the US government’s global hunger, and food security initiative that helps...