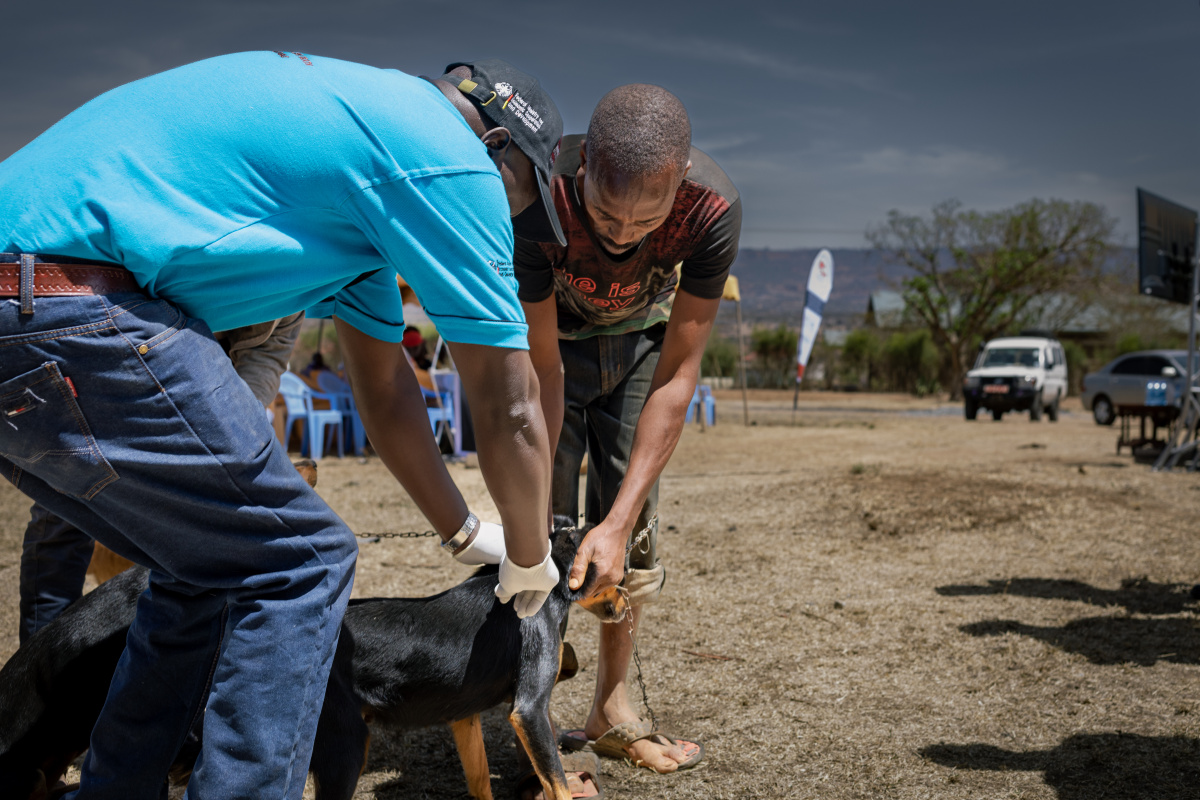 Commemorating World Rabies Day, this special vaccination drive was organised by the Machakos Rabies Control Partnership (MRCP), which was formed by the International Livestock Research Institute (ILRI) through its One Health Research, Education and Outreach Centre in Africa (OHRECA) and several partners, including the Machakos County Government.

For individuals living within Machakos County, dogs are an essential part of their households. For Anastacia Ndulo, a 64-year-old farmer and dog keeper in Machakos, her dog gives her a sense of security: “When I am asleep and she barks, I can tell there is danger or some thieves." Anastacia came to the event because she wanted to protect her dog and the community from rabies infection. “I have found it a priority to have her vaccinated, so she can be healthy so that she doesn’t bite people or livestock. If she bites anyone now, she can’t infect them with viruses.” 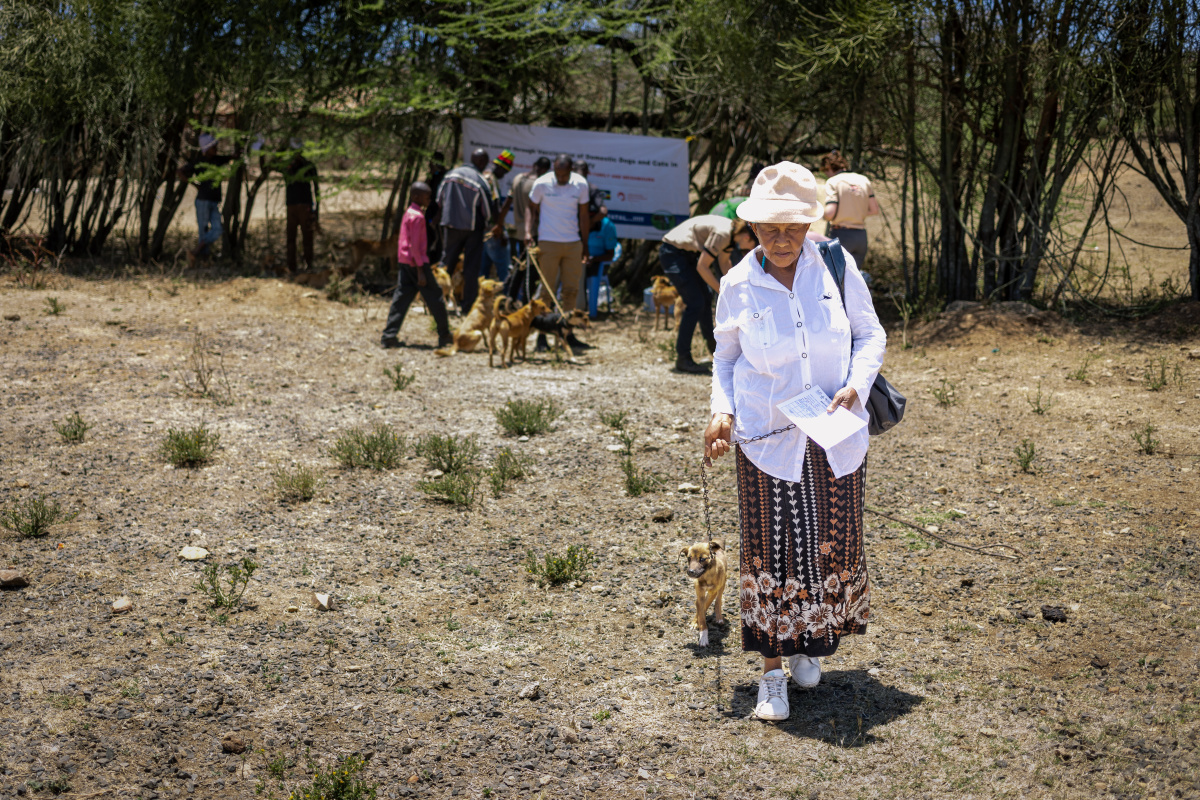 The World Rabies Day event not only vaccinated dogs but also educated dog owners about rabies and provided them with a certificate for proof of vaccination. Levi Wanjala, a young farmer and dog keeper, explained his attendance at the event: “I brought my dog for vaccination because there are many disease outbreaks that we don’t comprehend. When the dog is vaccinated and it happens to bite a person, the owner can just produce the vaccination certificate and the certificate can protect you.”

Transmitted through a bite or scratch from an infected animal, rabies is a neglected zoonotic disease disproportionately affecting people living in marginalized societies in developing countries where access to vaccines and immediate medical attention is challenging. According to the World Organization for Animal Health, rabies kills around 60,000 people globally, with most deaths affecting children under 15 years of age in Africa and Asia.

In Kenya, an estimated 2,000 people die of rabies every year. In September 2014, Kenya launched a national strategy for controlling and eliminating human rabies, becoming the first African country to take steps to end rabies. Machakos County was highlighted as one of the five pilot counties for the eradication of rabies due to high rates of dog bites. In 2021, The German Federal Ministry for Economic Cooperation and Development (BMZ) funded the OHRECA program at ILRI to form MRCP as part of efforts to rid the county of rabies. MRCP teams have been conducting mass dog and door-to-door vaccinations, raising awareness on responsible dog ownership and surveying the disease in human and animal populations.

In the case of rabies in Machakos County, I can say that the cases have reduced; thanks to the training that our officers received, which the International Livestock Research Institute supports – They have trained more than 60 of our clinicians; i.e. medical officers, doctors, clinical officers, nurses and even laboratory officers. All that effort has added to the reduction of the rabies cases that we receive at the facility level. 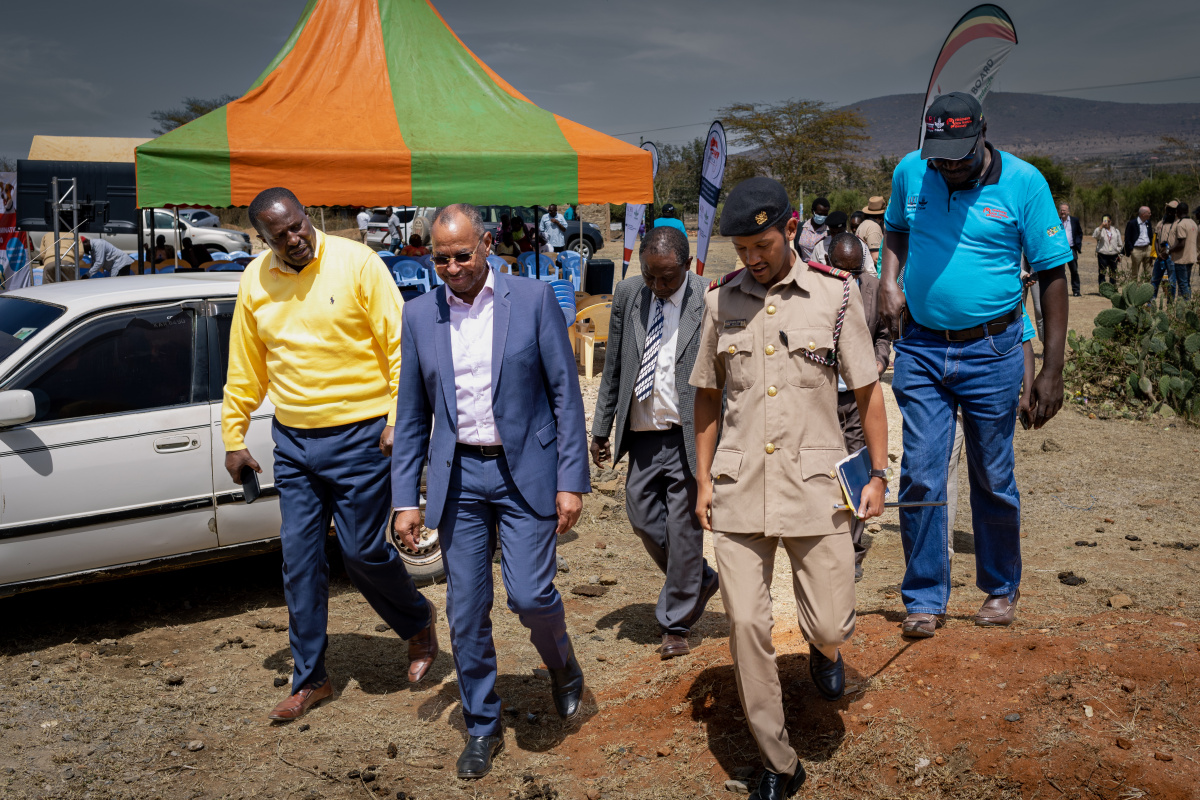 World Rabies Day contributed to Kapiti’s ongoing commitment to community engagement within Machakos County, where the research station and wildlife conservancy is located. Jimmy Smith, ILRI’s director general, highlighted the impact of Kapiti within Machakos County: “Kapiti does not only hold global significance but offers immediate community benefits.” Kapiti is a critical resource partly because it enables studies for neglected zoonotic diseases like rabies.

Cliff Miyienda, Governor Wavinya Ndeti’s health representative, emphasized the governor’s passion for rabies issues in Machakos County and acknowledged ILRI’s role in establishing MRCP. He stated that the governor is looking forward to developing a long-term partnership with ILRI and improving the allocation of resources towards rabies control.

World Rabies Day is just one part of MRCP’s ongoing efforts to reach herd immunity in Machakos County by vaccinating 70% of the dog population within the next two years. In addition, by training healthcare workers on case management and increasing advocacy and awareness of rabies vaccination for dogs, MRCP is working towards reducing rabies cases in Machakos County and producing action plans that other counties can replicate.

Perspectives on livestock and One Health